Welcome to day two of the A-Z Challenge where I’m posting six days a week during April advancing a letter of the alphabet per day. During this challenge I will share all the movies, books and games I watched, read and played--all the influences that turned me into the geeky person and writer I am today. 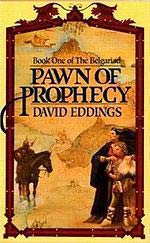 BOOKS
The Belgariad by David Eddings. This is a five book fantasy series, first published in 1982-1984. As a young teen, I thought I wanted to be an actress. I headed into an agency studio to do a screen test, interview, and a headshot. However, on my way to the studio I popped into a bookstore and found the final three books in this series. I had to have them. That meant spending my headshot money. I didn’t deliberate for long. I now like to think that fantasy killed my acting career. I won't mention that what really killed it was an inability to learn my lines, and well, preferring art and writing. 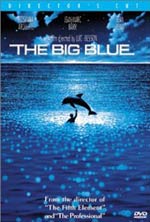 MOVIES
The Blues Brothers (1980). Okay, this wasn’t exactly geek, but I loved it so much I had to mention it here.

The Big Blue (1988). I originally saw the European ending, which is far more geeky and open-ended than the American version, in an otherwise non-geeky movie. I fell in love with this story. 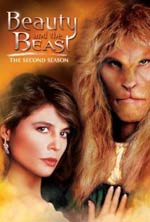 TV
Babylon 5 (premiered in 1994) This was a great space opera with brilliant moments of dialogue and characters.

Beauty and the Beast (1987-1990). I must stress I’m not talking about the 2012 version, or the Disney cartoon. The Beast in this original series was so swoon-worthy and it had nothing to do with his appearance. A point they seemed to miss entirely in the remake.

Which remakes in particular didn't do justice to your favourite show? Which shows should get a remake?

Posted by Lynda R Young as Elle Cardy at 4:42 PM