The Joy of Researching for a Story #IWSG 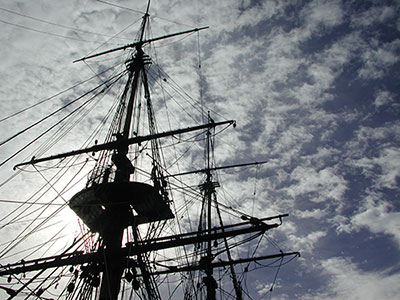 Today I'm over at Denise Covey's blog while she is off gallivanting across Europe, doing research of her own. The lucky thing!! Please pop on over to Denise's blog and say, Hi.

The IWSG question of the month is a great one: What's the strangest thing you've ever googled in researching a story?

I'm a huge fan of research and I've learned so much over the course of my writing career. For Wielder's Prize, my debut novel, I did a lot of research into eighteenth century tall ships, life aboard those ships, even the naming conventions on ships, for example there are no walls on ships; they're called bulkheads. Stairs are ladders. Windows are ports. I even learned the names of sails, what sailors eat, their superstitions. There is a scene later in the book that required me to look up the best conditions where various clams and mussels grow.

For book two, which I hope to release this year...yes, I said this year, yikes... I researched Icelandic words, Icelandic landscapes, the kind of vegetation that grows in cold environments. I've fallen in love with the country. So much so, that next year I'm hoping to travel to Iceland. We'll call it research, but by that time all three of my books for the Wielder's Storm trilogy will be out.

As for the strangest thing I've researched, I'd have to say that would be diseases. I wrote an Apocalyptic novel where the end of the world begins with a virus. No, not a zombie novel. I needed to look up germ warfare, terrorism and everything else associated with it. I felt like I had to throw up my hands and cry, "This is research for my novel. I swear!" That novel isn't out yet. I'm holding on to it until I finish my multiple fantasy series.

What have you researched recently?

I've been busy with edits for Book 2 of my Wielder's Storm trilogy. The title is Wielder's Curse. I hope to release it early December. I won't put it up for preorder this time, but I will give it a discounted price for its first week of release, so keep an eye out!  (Or join my VIP Club for updates and you won't miss out--you'll even get a free hi-rez map of Erenna, the world where the Wielder's Storm trilogy is set in).

The photo above is one I took when I went to Sydney's Maritime Museum and checked out the replica of the Endeavor. So...much...fun!

I'm now on BookBub as Elle Cardy, so if you want, you can follow me and recommend my book there ;)

Don't forget to pop on over to Denise's blog. I'm there talking about how writers evolve.