Today, I have a special guest, the lovely and talented award-winning author, Carol Kilgore. She is here to share with us her social media experience. When she's not busy writing, you can find her here: website . blog . facebook . twitter . goodreads . amazon. Take it away, Carol! 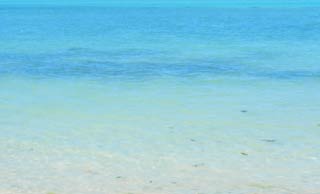 Hi, Lynda! Thanks so much for having me at your blog today. It’s still winter in San Antonio, and it’s great to find a touch of summer here with you.

I’d planned to write about writers and social media, but I had so much to say it was turning into a full-length article complete with subheadings, bullet points, and a sidebar feature. So I dropped back and regrouped to try for a more personal touch – my own social media experience.

Four years ago, I started my blog, Under the Tiki Hut. Blogging has been a totally rewarding experience, and I’ve met so many fabulous people. Present company included, of course :-)

Two years ago. I made a big leap into Facebook, Twitter, Goodreads, Google+, and Pinterest – all at the same time. I advise not doing such a stupid thing. The learning curve was huge.

Google+ and Pinterest fell by the wayside. I’m still signed on, but I don’t participate.

And after all this time, I still don’t have a good handle on Goodreads. I hate to say this, but as much as I love the site, I’m there pretty much in spirit only. I need a Goodreads Fairy Godmother to totally handle my presence there because I simply do not have extra time. I could spend my reading time at Goodreads, but that would kind of defeat the purpose. See my problem?

Where do we draw the line so we still have time to write and read and have a family life?

The only answer I know is that the line will be different for each of us.

For me, the answer is this. I spend my social time almost exclusively on my blog, Facebook, and Twitter. In that order.

I like that I can do a lot on Twitter in a short amount of time. I don’t like the feeling of tweeting into a vacuum.

I like that on Facebook I’m almost able to make the same kinds of connections I make on my blog but with much less time and effort. I don’t like that Facebook doesn’t send my posts to everyone’s news feed.

A good friend of mine is very tech savvy (I’m a techie idiot). And she knows much about networking and social media. When I decided to join Facebook, she told me I needed an author page as well as a personal profile. I balked. She insisted. And she won.

So for two years, I’ve posted the same type of posts on each one and struggled with how to make the two different from one another. And I think I finally found a way. Time, of course, will tell.

Beginning February 1, my author page is now devoted to all things Book. We’ll chat about reading, favorite books, favorite authors. I’ll post new releases from authors I know. I’ll talk about my books, give some story behind the story and inside info on new releases. And the first Tuesday of each month will be a “Tuesdays Are Texas” feature. All my books are set in Texas, and I will post photos and tell things I know about the place or event or whatever the photo is about. All posts will be short. Everything will be open to comment. You’re invited to chat with me and with each other. And to post on the page.

My personal profile/timeline (and see, I still don’t know what to really call it) will be devoted strictly to writers. Same rules apply except my posts will be something related to writing or something I find so funny I just have to share. Mostly my ‘posts’ will be one-liners about a shared image.

Sure it’s a gamble, but it costs me nothing except a little time. Will I succeed in reaching my goal? I have no idea. But it’s better than muddling around like I’ve been doing.

So my best advice to you?

Try anything and everything. The established places like Facebook. Newer places. Places no one knows about yet. Find what works best for you.

And above all else … do it your way. Be yourself – your individual, unique self.

How do you handle social media? What works for you?

I hope you’ll share your secrets and give me new ideas to ponder.

And while you do, I’m sneaking off to the beach to dig my toes into some warm Aussie beach sand :-)

No home. No family. No place to hide. For Summer Newcombe, that's only the beginning.

The night Summer escapes from a burning Padre Island eatery and discovers the arsonist is stalking her, is the same night she meets Fire Captain Gabriel Duran. As much as she's attracted to Gabe, five years in the Federal Witness Security Program because of her father’s testimony against a mob boss have taught her the importance of being alone and invisible.

No matter how much she yearns for a real home, Summer relinquished that option the night she killed the man who murdered her father. But Gabe breaks down her guard and places both of them in danger. Summer has vowed never to kill again, but she's frantic she'll cost Gabe his life unless she stops running and fights for the future she wants with the man she loves.

Available at Amazon
Kindle and Paperback

A missing belt. Buried treasure. And a sexy former SEAL who makes her crazy. What more could any woman want. Right?

U.S. Coast Guard Commander Taylor Campbell is on a quest to unearth her uncle’s buried treasure. There’s one other minor glitch. She's certain the buried treasure was all in Uncle Randy's dementia-riddled mind. Now he’s dead.

Jake Solomon is in Rock Harbor under false pretenses. He doesn't like the charade, but if he doesn't follow the plan, his dad will make Jake's SEAL training feel like a day on the monkey bars in kindergarten.

Jake is definitely not supposed to become involved with her. That was his first mistake.