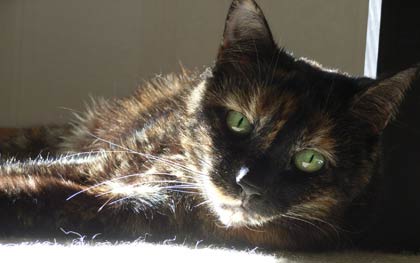 Meet Cortana.
(bonus points for recognising the name without looking it up)

We adopted her in 2002. She distracts me while I write, as all good cats do.

I wish I could take credit for this photo, but hubby took it a couple of weeks ago. She's a tricksy creature to photograph. Every time I point the camera at her, she looks away or runs off.

My top tip for snapping a great shot: Patience!

I'm in the middle of a number of projects at the moment and, along with getting myself caught up with some unavoidable distractions life brings along, I need some time to focus. I'll be back on Wednesday 7th August for the Insecure Writers' Support Group post.

In the meanwhile, happy writing and happy snapping!

What Dr Who’s Scarf Taught Me about Writing 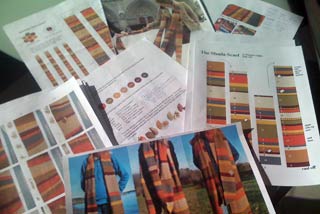 I thought I was a geek until my mum told me she’s knitting a Dr Who scarf for her niece. She showed me the wads of research she had to do to get the colours, length, ply, pattern and style of the scarf right. Apparently there are devotees who’ve done even more research into this 70s icon from Tom Baker’s Dr Who.

The various versions of the scarf have special names. In some seasons it was longer than in others. The longest version was actually three scarves sewn together with one of the portions sewn on back-to-front by mistake. The production’s costume designers had to patch it many times. The tassels were worn to threads.

Because wool colours are seasonal, it’s actually difficult to find the authentic colours, so fans have written long essays on the colour descriptions and possible substitutes that can be used depending on what country you’re in.

These people have a powerful passion for the show and so they take the extra effort to get the details right. Their homemade scarf wouldn’t be a worthy end-product if they’d put together any old colours and hoped for the best.

The same goes with writing. Our stories require a certain amount of devotion that most other people looking on might think is something shy of crazy. It’s all worth it in the end.

If you’re a fan of Dr Who, which Dr is your favourite? What lengths have you gone to that shows you’re a true fan of a series, movie, book, author or celebrity?

Automated Online Proofreaders: Are They Worth It?

For those of you who read one of my previous posts (found here), at the end I vented some frustration after attempting to gain access to a seven day free trial of the online proofreader, Grammarly. I had to give my credit card details. Like that was going to happen. Well, the makers of Grammarly contacted me and gave me two weeks risk-free access. My confidence in their program rose. So I gave it a go.

The layout is clean and easy to understand. I didn't need to read long instructions to know how to get started. Win.

For some reason, the copy/paste function to get the text into the program wasn't working. Not being technical, I have no idea why. Perhaps it was my browser? However, I also had the option to upload my text, or drag the text file into the program. Easy. Another win.

There are a number of levels of checking the program can go through. The default is General and is rather formal, advising me to avoid my casual use of personal pronouns and contractions. The levels also included Academic, Business, Technical, Creative, and Casual. Casual is a far more forgiving setting and even let me get away with fragmented sentences. Woot.

I can't help comparing Grammarly to Microsoft Word's grammar checker, which has become somewhat intelligent. Word picks up many foobahs, even many correctly spelt words in incorrect places. However, it didn't pick up a mistake I'd made in a previous post. I'd written: World War Z, staring Brad Pitt. Grammarly picked up 'staring' and gave me a few suggestions to replace it, with 'starring' at the top of the list. Impressive. After a quick test, Grammarly is also better at picking up comma placement mistakes than Word.

Grammarly will also pick up some things it's simply programmed to pick up. For example, I used 'your' in a sentence and Grammarly suggested I may need to change it to 'you're'. This lack of intelligence became a bit of a time waster as I had to sort through them all.

From Grammarly: Grammarly is best used as a "second set of eyes" for your writing as opposed to a replacement for a professional proofreader. I'd agree with that assessment.

Edit: Grammarly recently (March 2019) tried spamming my blog with their advertising. I wasn't impressed. Previously they also tried to get me to remove this review.

The Power of a Writer's Faith 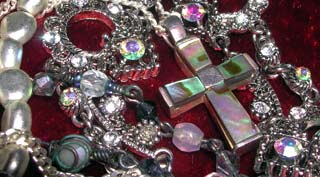 Faith is a powerful force. It's not an empty concept and has nothing to do with wishful thinking. Faith is a true, unshakeable belief. This post is about having faith in our stories.

There's only one way to get through the slog of the first draft, the pain of editing, the angst of showing our work to someone for the first time, the horror of rewriting and more editing, the agony of querying, and so forth. We need to believe in our work, or else the part that makes the story unique and special will slip away.

Not everyone will like our stories. We may have to go through hundreds of agents in the hunt to find someone who is interested in representation. We might have to suffer a barrage of doubts, not only from ourselves but our families, our critique partners, our friends. If we have an unshakeable faith in our story, a deep understanding of it, and a determination to stick to that vision, then it's that faith which will carry us through to the end.

If we don't have that faith, then we're easily tossed about. We end up tweaking the life out of our stories because they're never good enough. We'll be easily swayed by every single suggestion a critique partner gives us, every voice-changing advice a friend offers us.

Writing those unique stories requires a powerful bravery to stand firm against the onslaught, especially when rejections start coming in from industry professionals.

So no more floundering to please others. Advice is simply that: advice. Weigh it carefully, understand where it's coming from and why it's being given, then consider it some more and either take it, or dismiss it based on what you believe is right for your vision of the story. Your vision.

How do you maintain your faith in your stories? Do you struggle to know which advice to take and which to ignore?

I wrote this post for the Insecure Writers' Support Group, founded by Alex J Cavanaugh. We post on the first Wednesday of every month.

If you'd like to join, then check it out here.

The Liebster Award—Thank you to Emaginette who gave me the Liebster Award. To accept it, I'm supposed to answer a few questions. Instead I'll answer just the one: If you could write with any color of ink, what color would it be? Purple. I write all my first drafts in longhand with my purple pens so I go through a few, but do you know how hard it is to find purple pens in Australia? It's easy to get them in multi-colour packs, but I don't want all the other colours. I just want purple.

What Zombies Can Teach Us about Writing 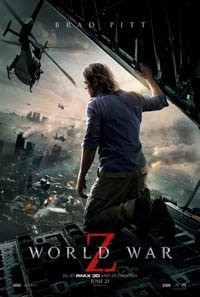 Everyone knows workshops, conferences, reading etc can help us with writing, but zombies? Not so much. They are, after all, not exactly known to articulate beyond the need for brains or able to form complex thoughts*. Well, I'm here today to debunk that theory and break down zombie prejudice.

I encountered zombies on the weekend and, my, they were a lively bunch. Their hive mentality made it possible for them to climb huge walls, overturn trucks, bring down helicopters, and become a public menace. Impressive. If you haven't guessed already, I saw World War Z, starring Brad Pitt.

As much as Brad Pitt is a tasty treat for the eyes, and the special effects were mighty fine and well integrated, I'd expected something different, something more, from this movie. Sure I loved the fast zombies doing their cool thing, but I'd pretty much seen the best bits in the trailer. The rest of the movie became Brad Pitt, not his character, surviving one unlikely situation after another. Rather disappointing for someone as picky as me.

So what did the zombies teach me about writing? There has to be at least some character development in a story. WWZ fell flat because there was no development in any character whatsoever. Brad Pitt was the same at the beginning of the movie as he was at the end. Sure the characters' situations had changed, but that's not enough to make a story with potential a great one.

Next week I'll be posting a review of Grammarly because, as some of you know, I picked up a risk-free trial. I want a little more time with it to give it a proper run-through. And on Wednesday, I'll be posting for the Insecure Writers' Support Group. Wow, it's that time already!

*Maybe zombies crave brains because they need more processing power for those deep thoughts we didn't realise they have.

What's your theory on the brain-craving phenomena? If you've seen World War Z, then what are your thoughts on the movie?