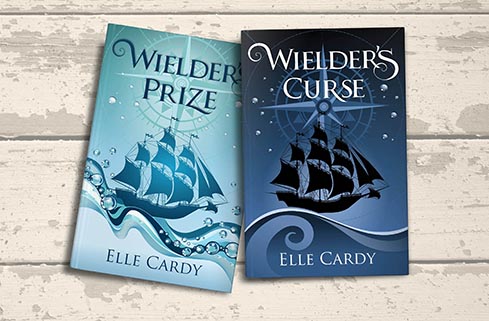 The second book in my high seas epic fantasy adventure series is finally complete and unleashed onto the world! There was a while there I didn't think it was going to happen. And now it has. I'm super excited. Wielder's Curse is now available in ebook and paperback. The discount for the ebook's release will be available for two more days only, so pick up your copy today.

If you haven't read book one, Wielder's Prize, then you can pick it up here: ebook and paperback

Both of my novels are also available for FREE via Kindle Unlimited.

Months after the victory at Sapphire Cove, Jasmine is haunted by terrifying visions of burning seas and blackened skies. It’s the dark future she thought she’d evaded, but now it’s back to bring her nightmares of the Beast, a mad creature trapped in the void between worlds. It fights to escape its prison, and it wants one thing: to devour the world.

To make matters worse, Finn’s life is threatened by an unknown assailant. At the risk of losing everything, Jasmine must hunt down the would-be assassin, find a way of defeating the Beast, and stop the oncoming storm. And she has to do this while struggling to control her untamed magic, guard her secrets, and avoid becoming a true Abomination and a danger to everyone.

If you have time, I'd deeply appreciate a review on Amazon,  Goodreads and Bookbub. Reviews are proving to be difficult to come by and yet so important.
--
Another Adventure on the High Seas 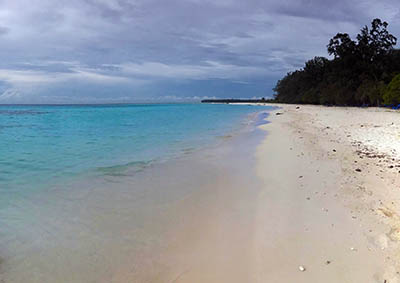 I literally JUST came back from my own high seas adventure. I took a break for a week on a cruise to Papua New Guinea. I put my feet up and relaxed and did a bunch of reading. Now I'm ready to start on the edits for book 3, the conclusion of the Wielder's Storm series. 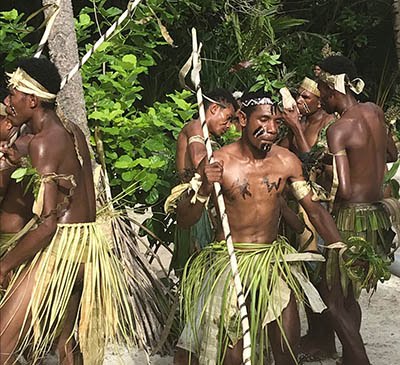 IWSG Question of the month:
Has a single photo or work of art ever inspired a story? What was it and did you finish it?
Absolutely. Because I'm a visual person, I often hunt for images to inspire a story or evoke a feeling or help me describe a place. But once, I caught the quickest of flashes from the movie trailer of The Tempest. It was one second of footage of a character jumping from a drain or something. That glimpse inspired an entire character and an entire fantasy series. I even finished book one. But I haven't yet released it. I need to finish my Wielder's Storm series first.

How about you? What has inspired your stories?