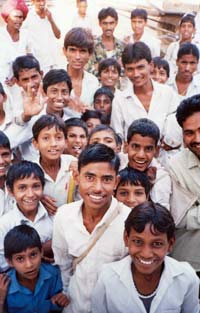 No matter what method an author chooses to adopt, there are a number of elements that are essential to include in the creation of every character:

The name: Many writers will start with a name and build on the character from there. I can easily spend hours searching for the right name. I’ll often look up a name’s meaning to give a subtle extra dimension. Back when I didn’t plan my stories, I changed a character’s name midway through the manuscript only to discover that the changed name also changed the character’s personality which in turn changed his role in the story. A name can reveal a lot about a person. For example, it can reveal their family’s country of origin.

The appearance: There are a lot of factors to consider for the appearance of a character: their height and build, how they project themselves, if they have any scars or tattoos, and so much more. A character’s appearance will reveal their origins, their education, even their frame of mind. These details, when offered in a sprinkling of information rather than a flood, can engage the reader and make the characters feel more real.

The motivation: The easiest way I get to know my characters is to find out what drives them. What are their passions, and what’s the reason behind their actions?

The use of language: The way a character speaks can be enormously revealing. For example: whether or not a character uses slang, expletives, a certain dialect, abbreviations. The character’s voice can make a reader love them or hate them.

The flaw: Every character must have flaws to make them more believable and well-rounded. The flaw will also give the main characters room for conflict and change through the storyline. You can find more on that subject in a previous post on The Character Arc.

The past: The past, our environment, and our experiences shape us. Because of this, many writers will build a thorough history for their characters to get to know them. While that history may not always end up in the pages of the novel, it’s good to know

The likeability: A main character in particular must be likeable for a reader to journey with them through a story. This doesn’t mean the character has to be nice all the time. We can like mean characters as long as they are interesting in some way.

Which elements of a character’s creation do you spend the most time on? What are the factors you like most about any given character?

--
I was recently tagged by Tiffany Garner. I am meant to post 10 random things about myself. Being the rebel that I am, I will post 1 random thing: I have been mobbed like a popular celebrity (or a strange curiosity) in a remote village in India. I took the photo I used for this post from a bus window. I boarded the bus to hide from this crowd because I was so different--white skin, blue eyes and glasses. (Probably a good thing I wasn't blonde as well).
Posted by Lynda R Young as Elle Cardy at 7:38 AM