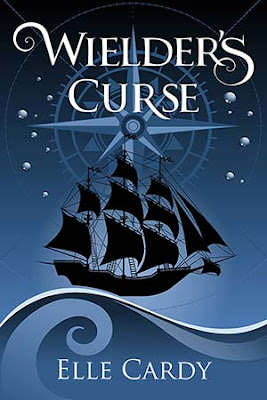 Her curse isn’t the only darkness waiting to break the world.


Months after the victory at Sapphire Cove, Jasmine is haunted by terrifying visions of burning seas and blackened skies. It’s the dark future she thought she’d evaded, but now it’s back to bring her nightmares of the Beast, a mad creature trapped in the void between worlds. It fights to escape its prison, and it wants one thing: to devour the world.

To make matters worse, Finn’s life is threatened by an unknown assailant. At the risk of losing everything, Jasmine must hunt down the would-be assassin, find a way of defeating the Beast, and stop the oncoming storm. And she has to do this while struggling to control her untamed magic, guarding her secrets, and avoiding becoming a true Abomination and a danger to everyone.

Wielder's Prize, the first book, is available as an ebook or paperback on Amazon.OR, you can read it for FREE on Kindle Unlimited. Check out my affiliate link for the 30 day free trial deal.

When you sign up for my VIP Club, you'll get exclusive content, along with a free colour map of Erenna, the world I've set my trilogy, Wielder's Storm. You'll also get a special glimpse into my life, and you'll receive the occasional update on book releases, along with other freebies. If that sounds awesome, then click the button below.