Happy news: As some might know, I've been trying to sell the house I've lived in for the majority of my life so I can move interstate. Well, on the weekend, the house sold! Now hubby and I need to find a new place to live in Queensland, the sunny (and hot) state. Consequently I'm not around the blogsphere this week, but I will be back next week to do the rounds. However, I would very much like to support my fellow writers and share two covers today. One from Crystal Collier and one from SA Larsen. 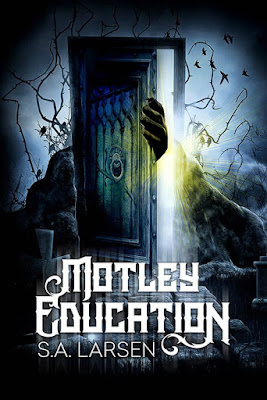 Motley Education (Book One: The URD Saga) by S.A. Larsen
Due for release on October 10th

Forget having a lively after school social life, Ebony Charmed is fighting to keep the entire Afterlife alive.

Ebony’s less-than-average spirit tracking abilities are ruining more than sixth grade at Motley Junior High: School for the Psychically and Celestially gifted. Her parents argue so much her dad moved out. And, even though he’s scared of his own shadow and insists on bringing his slimy, legless lizard everywhere they go, Ebony wouldn’t survive without her best friend, Fleishman.

When Ebony’s Deadly Creatures and Relics’ project goes missing, she learns her missing project is one of the keys to saving the spirit world. Now Ebony and Fleishman must battle beasts from Norse Mythology to retrieve her project before spirits are lost, the Well of Urd dries up, and Ebony loses all hope of reuniting her family. But someone lies in wait, and he has other plans...including creating a new world of spirits without them in it.

Motley Education has been aligned with Core Standards for grades 4-7. A guide will be available on the author’s website to download for FREE after the book’s release date. 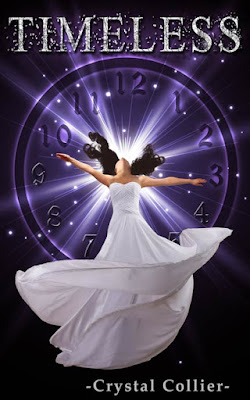 How great are these covers? What have you been up to lately?

Posted by Lynda R Young as Elle Cardy at 8:34 AM