The Writer's Many Faces #IWSG 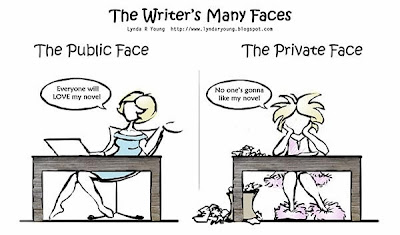 Because I'm in the middle of the frantic craziness that is NaNoWriMo (writing 50k words during the month of November), I thought I'd bring you something a little different for the Insecure Writer's Support Group: a comic strip I drew while taking a break from writing and outlining (click on the image to see it larger).

Can you relate to that aspect of the many faces of writers? Whether you're doing NaNo or not, how is your writing coming along so far this month? Hit any speed humps yet?

If you'd like hook up with me as a NaNo writing buddy, I'm in as LynFaw.

The Insecure Writer's Support Group is the love-child of Alex J Cavanaugh. We post on the first Wednesday of every month. Everyone is welcome and it's free to join. Sign up HERE.

Our website also includes a database of databases of helpful links for writers both new and established.

--
I would also like to feature Melanie Schulz's new release, The Bashan Agenda. 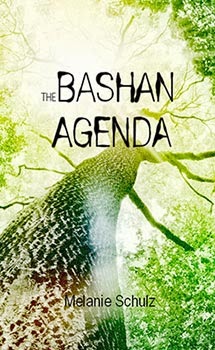 The Newstead Trilogy is one story in three parts, The Bashan Agenda, part two, picks up right where The Newstead Project left off. Nathan's truck eventually stops in the small town of Wilson, NY, and Rachel's still in it, not that she wants to be. But she figures at least in Wilson she'll be able to have a fresh start. She forgot one thing: they can be anywhere. As Joel trains with his father, doubts begin to rise in his mind. Is he really who he claims to be- and more importantly does he have an agenda all his own? When the maps to Bashan come out, Joel realizes maybe it's not such a good idea to be putting so much trust in one man.

The Bashan Agenda is available on:
Amazon Kindle

Posted by Lynda R Young as Elle Cardy at 5:14 PM