Please welcome M Pax to my blog today. She is a truly amazing person with a lot of drive and talent. A great combo. Take it away, Mary. 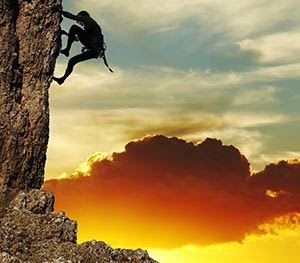 This author gig is tough, rife with ups and downs. Here are the highlights of mine:

M. Pax-- Inspiring the words she writes, she spends her summers as a star guide at Pine Mountain Observatory in stunning Central Oregon where she lives with the Husband Unit and two demanding cats. She writes science fiction and fantasy mostly. You can find out more by visiting her at: 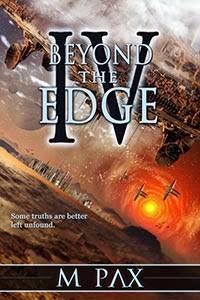 Some truths are better left unfound.

For two years Craze’s dear friend, Lepsi, has been missing. The murmurings of a haunted spaceship might be a message and may mean his old pal isn’t dead. The possibility spurs Craze and Captain Talos to travel to uncharted worlds, searching. Out there, in an unfamiliar region of the galaxy beyond the Backworlds, they stumble upon a terrible truth.

Meanwhile, Rainly remains on Pardeep Station as acting planetlord, dealing with the discovery of her lover’s dark and brutal past. Alone and questioning her judgment, her introspection unlocks more than heartache. Latent protocols in her cybernetics activate, forcing her to face a sinister secret of her own.

In the far future, humanity settles the stars, bioengineering its descendents to survive in a harsh universe. This is the fourth book in the science fiction series, The Backworlds. A space opera adventure.

Photo: Please note, barring author pics, most of the photos on this blog were taken by me. However, this one of the girl rock climbing is not one of them. I don't think I could climb that high. Mary kindly provided this pic for the post.

I love hearing about how a writer can suffer hardship and then work through it and come out on top. It is inspirational. Thank you for sharing. I needed a little inspiration today.

I think it's great that the highs make the lows worth it, and I guess the bad parts make you appreciate the good bits more. Thanks for sharing, Lynda and Mary :)

You just have to ignore those bad reviews. They happen, and most appear on the first book.
Letting the fans guide you is wise. I listened to mine and hopefully gave them what they wanted.
YOUR career will never be dead - trust me!! Keep writing.

I think most published authors have those lows. Like Alex said, ignore the bad reviews.

You've summed up many of the 'Ahhs' and 'Boos' of the publishing life. Balance is key, as is keeping your eye on all the prizes--the seeing your work out there part.

Fan letters and emails can overcome any low!

Great tips from Mary! I wonder if we've worked with the same cover designer at one time. Lol

Love your top high about the inventor of modern telescope optics being a fan of your series. How fun to make that claim!

Awesome indeed on the good, the bad, comes to us all. Bad reviews can bite me, can't please everyone

how's the situation today with the fires, Lyndy?

Hi, Mary,
You know my reservations on the freebies, but yup, they do their job in a big way even with the low ratings from some readers. So many people have gone on to buy all my other books because of the freebie. Hetty's day will come. Enjoy the ride.

I was totally nodding along with your lists. Definitely lots of both sides in this crazy game!

I glad to finished with the highs!

M, I loved reading this. And was pleasantly surprised that the whereabouts of Lepsi's skull were influenced by reader response! What magic. Seriously, there's no other way to describe what you're doing. In the long run, the lows will be absorbed utterly by a life of the mind well lived. Fantastic.

Mary, I've really enjoyed your recent posts where you open up and show us the workings behind the curtain. These are some of the best, most helpful kinds of posts for writers in my opinion. I can certainly understand the whys behind the highs.

Lee
Tossing It Out

I'm extremely proud to call MP a cohort! She's taught me so much about patience and perspective when it comes to my own writing endeavors. Love that she's seeing the payoff for all of her hard work!

Negative reviews always sting--and they always come, unfortunately. In my humble opinion, when Harry Potter gets 1 star reviews, you know the world is just screwed up and it has nothing to do with you. :)

So we continue to write for the people who enjoy our stories, and let the other folks slide away like water on a duck's back. Most of the time. :)

Oh my goodness--I love that! Being able to change the story after the fact to alter your character's fates!

The highs sound like they definitely triumph over the lows. So much to celebrate! :)

It's good just to have this list of Highs and Lows. When you are suffering from one or more of the Lows, just look at the list and remember the Highs. It does all balance out!

Thanks for letting me rent your space, Lynda.

Glad I could provide some, Murees.

It does make me appreciate the good days, Bonnee.

I know that, Alex. I'd be lying if I said they didn't still irk me, however, as I said, it does its job and sell my series.

My skin gets thicker by the day, Natalie.

It is important to keep your eyes ahead, SA, and to keep the great moments. I file away all my fan mail for bad days.

They sure can, Diane!

Oh dear, I hope not Miranda. If you want the name, I will say in a private email. Which I guess isn't really so private.

It's a definite geek squee for me, Kim. Especially when he preordered book 4. :D

I agree, Pat. We all need to adopt that attitude and to get over the word, 'no'.

I came to that same conclusion, Joy. Painful as it sometimes is, I'm finding my audience and my writing supports itself now. So I'm not doing so bad.

There sure are Meradeth. It is a crazy game, isn't it?

It seemed more optimistic that way, Holly, and we should never give up.

It was multiple letters, Suze. I do pay attention to what fans tell me. That's the most important feedback there is.

Glad you found it helpful, Arlee. We all share this crazy ride. Why not be open?

Oh definitely, EJ. One day I get one that talks about how deep I am. The next day I get slammed for being shallow. lol Whatever. Not everyone is going to get us. It's obvious not every understood my humor either.

Well, his fate wasn't written in stone or dust yet, Crystal, so I was able to change my mind.

They definitely do, Julie. Don't you stop!

Great list! It's good to remember the good times and learn from the lows.

There's still some fires burning but the weather has cooled a little so that's helping. Personally I think the worst of it is over.

It's a pleasure to have you here, Mary

I keep all the highs, Robin, for just that reason.

Great post! Some days the lows hit harder than others. Yet the fact we're doing what we love outweighs everything else. :)

All good points. The low sales or no sales days are real bummer!

But then there are the high days to off shoot those.

Hello Lynda. Hello Mary. Mary, your pros and cons list underlines the point that an author needs never give up, no matter how many times you've felt like it. So many cool things have happened to you which outweigh the bad. It's a hard climb to the top. Keep climbing! I really must see if I have Backworlds in my Kindle. I buy so many books I forget what I have...I'm intrigued to read The Renaissance of Hetty Locklear just to see what the problem may be...if indeed there is a problem.

Lynda, all we're seeing on the news is the awful fires in Australia. Hope the flames are not effecting you.

Mary, sounds like you're handling your highs and lows quite well. Rejections always hurt no matter what. Good Luck with Beyond the Edge.

Some of those lows sound awfully familiar! Great list though, plenty of highs to encourage others.

You definitely have to take the rough with the smooth (often a lot of rough), but Mary is right, those sweet spots make it all worthwhile!

I've just heard that a plane which was putting out the fires crashed into the forest and made even bigger fire? How horrible!

They certainly do, Christine. I hate those days.

It's is a ride, Nas, and an unpredictable one.

It is a climb, Denise, and we can't give up.

Glad you're safe, Lynda. We had a fire Tuesday, which made town very smoky.

I think it helps to know we're not alone, Charmaine.

They do make it worthwhile, Nick. Keep them somewhere safe for when you need them.

M Pax's blog is quite clever. It pays to visit it.

That is very cool about the fan letters. And your famous fan. That's got to be a definite high for anyone. :))

Fan letters! - That's awesome!!! And having a famous fan too! Sweet! It's great hearing about how you're making it through the lows and experiencing some great highs!

You'll get your own collection of highs, Tyrean, and I can't wait to hear about them.

It definitely sounds like all the highs far outweigh any lows. :)

It's not all a path of roses, I see but I agree with Cherie. The highs outweigh the lows and you are an amazing author, Mary Pax.

Hi Linda! I've come to visit you and to ask you to please drop by the cave and pick up the special invitation there. You're in my guests of honor list and your presence is important. I leave you lots and lots of dragon hugs!

I can definitely relate to the slow sales end of things. It can really put a damper on your mood.

This is one of the best, funniest, and most honest interviews I've ever read. I love that. Thank you for sharing with us, Mary, and entertaining us, too! :-)

Yes, it seems like Mary has mastered the balance of drive + talent... she is such a go-getter.
Great interview!

Great post and the overall message is-never give up!

Mary, thanks for being frank about your highs and lows. It's part of the job, right? I hope you have many more highs than lows.

Great post... Such a roller coaster this writing life. Xx

The Lows - Only #3 is a low. The rest are learning experiences.
The Highs - #5 is the highest of highs!

Great list of highs and lows, especially the part where some of the highs start to outweigh all the lows, very inspiring:)

I must've missed that news... Yikes.
(I tend to bury my head in the sand on weekends for the sake of relaxation and refilling the creative energies)

Great information, Lynda. Thanks for sharing M's advice. I'm a bit melodramatic too when it comes to my writing and finally selling something. Thanks again, Lynda and M for letting me know I'm not alone. Love the cover of your book, M!

I can relate to many of these. This business has its many highs and lows. The highs are worth it, though.