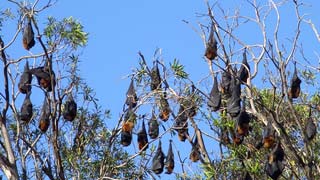 In the post I left open for questions (found here), many of you asked about the importance of social media to an author’s career. Today, I will answer Suze’s question: If an author had zero social media presence, but had all her other ducks in a row, do you believe not having a presence in social networking would be the dealbreaker if she wanted to go the traditional publishing route?

One of the panel sessions I attended at a writers’ festival, Zoe Walton, publisher of children’s and YA books at Random House Australia, said that it wouldn’t be a dealbreaker. One of her authors isn’t comfortable with social media but he is great with answering the emails of his readers. The publishing house has also set up an author page for him. The point of social media is to have some kind of connection with your readers.

There is another point to throwing yourself into social media before you get published – it shows agents and publishers that you are active and willing to do a lot of the hard work. It shows them that you would be easier to market than an author with nothing. As my hubby says, ‘It’s like an ogre with many layers.’ An author has the choice to do a little and hope their stories speak for themselves, or do a lot and gain an advantage.

So, in short, while avoiding social networking will unlikely be a dealbreaker if you have an exceptional concept and story, it can only help.

I expect some may disagree with me on this one. Times are changing rapidly where it’s becoming almost essential to use social media to get anywhere. What is your opinion?

Note: I will tackle some of the more specific questions regarding social networking in another post.
Posted by Lynda R Young as Elle Cardy at 9:02 AM