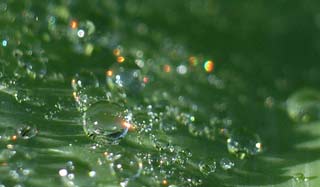 In my last post I asked if anyone had any questions about writing, publishing, or social media. I got a lot of wonderful responses and fantastic questions. Today I will address Bethany Elizabeth’s question: Could it work to have two different POVs in a story, one third person, one first person?

The simple answer is yes. I have read a book with this kind of double POV with one first person and the other third. I wish I could remember the name of the book, but I do remember it worked well. However, having said that, it’s not a common method. For this reason you may find you’ll have to justify your decision to editors if you decide to go this way.

There are no absolute rules about how to write point of views (POV). Story will often determine how it’s presented. It’s important to ask yourself who is telling the story and why.

First Person:
Example: I am hot. So hot, I sizzle.
First person POV is common in Young Adult fiction because of its sense of immediacy. It gives the readers a chance to get into the head of the main character and experience the story through their eyes. First person can also be limiting because the writer is trapped in the single point of view. Some writers get around that, such as Maggie Stiefvater who wrote SHIVER with two different first person POV’s. She separated the POVs via chapters labelled with the character’s name to remove the confusion.

Second person:
Example: You think you are hot. You strut down the street.
This method is not seen often. It can give the reader a feel of being told what to do. The only time I’ve seen this method is in children’s picture books and in choose your own adventure MG books.

Third person:
Example: Bob thinks he is hot. Hotter than Bertha.
Third person is less personal and can be omniscient or, in some cases, it can be written as if it were first person. Because of this flexibility it’s a lot easier to write in third person. Epics will almost always be written in third person since that kind of story is often bigger than a single character’s experience.

Whatever method you decide to use, just make sure you avoid head jumping where the POV changes mid-paragraph or even mid-sentence. It’s best to separate POVs by sections or chapters.

What POV do you most enjoy writing in? Is there a POV you don’t like reading? Do you have any pet hates regarding POV?
Posted by Lynda R Young as Elle Cardy at 7:17 AM