Today I have the lovely Jocelyn Adams visiting. She is the author of The Glass Man and Shadowborn, which is a new release. Take it away, Jocelyn:

--
Writing a story is complicated. What, you ask? Just slap down a bunch of words onto a page and voila!

If only it were that simple, we’d all be J.K. Rowling and be rolling in the dough, right? :)

There are certain rules that often—not always—should be followed to make a story work. The one I’m going to talk about is how to create a scene—which is an event that takes place within a book. A novel is a collection of scenes that progress the story from beginning to climax.

Scenes need a natural order. In life we do things in a certain sequence, and we usually have a reason for doing them.

First, our character—let’s call her Jane—needs a goal in this scene. It makes for a more compelling story when there are obstacles making it hard for her to reach that goal.

Goal: Jane is trying to get to work on time. Simple, right? Goals don’t need to be complicated, and one goal can span multiple scenes.

Conflict: The phone rings. Without thinking, she answers it.

Disaster: It’s a woman who asks for Jane’s husband, and when Jane asks who’s calling, the woman hangs up.

Here’s where we get into the natural order.

In real life, when faced with a crisis, we tend to follow this sequence:

Emotion: Perhaps Jane cries or whips the phone against the wall because she assumes her husband is having an affair. Her stomach clenches, maybe she rants.

Thought: Maybe she overreacted? Maybe it was the florist confirming a delivery her husband had arranged for Jane’s birthday? Or maybe it’s that floozy two doors down who’s always making eyes at him? Jane could *69 the call to find out who she is. Or call and confront her husband. Either one would make her late for work, and she’d probably end up fired since she was late every day this week.

Decision: Although Jane is furious, she decides work comes first, and she’ll worry about the mystery woman later.

Action: She gets her butt to work. The next scene begins with a new goal, to find out who the woman is.

Even though each of these elements may not appear in every scene, the ones that do should be in order, creating a magical ebb and flow in the story. 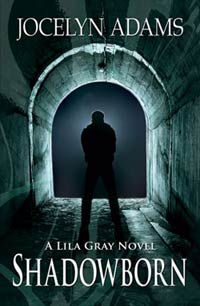 Back of the Book, Shadowborn:
Why me?
That’s the question Lila Gray asks every time yet another bad guy tries to destroy the earth, and she learns she’s the only one who can stop it. Once again, something’s on the prowl, leaving hundreds of comatose, soulless victims in its wake.
Couldn’t the deadliest assassins of the Otherworld go after someone else instead of the brand new Queen of the Seelie? One who still hasn’t adapted to her new role.
Lila would ask Liam Kane, King of the Unseelie, for advice, but something’s off with him, too. He’s holding back. In some way. About some thing. In fact, he refuses to tell her what’s going on.
The truth holds Lila back from the greatness of her role—the people she was born to lead—the man who she desperately loves—and the solution to the latest war raging around her.
To find the answers, she’ll need to fight through her own darkness and embark on a journey through her psyche.
If she doesn’t succeed, the Shadowborn will claim not only her world, but her soul. 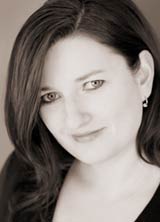