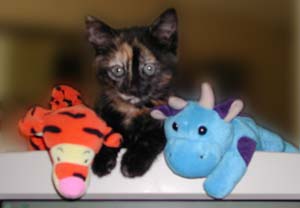 How do you get to know your characters?

The voice journal: James Scott Bell in his book The Art of War for Writers suggests writing the ‘voice’ of your character for 5-10 mins without stopping. You can prompt them with the occasional question to keep them ‘talking’ but it’s a great way of getting to know who they are and the way they talk.

The interview or worksheet: Some people like to give their characters interviews with a set of questions designed to get to know the inner them. Jody Hedlund offers a very good character worksheet on her blog. It can be an effective method and it helps to keep your characters consistent.


The timeline or family tree: Some people draw up a detailed historical timeline or a family tree for their characters. I did this for my first novel because the machinations of my characters had grown so complicated that I needed to get a handle on it all. I needed motivations and I needed their histories even though much of their history never made it into the story.

The artistic method: Because I’m a visual person, I also sometimes draw my characters. It doesn’t matter to me that I’m not really good at drawing them; it’s enough to get a glimpse into their personas. The clearer I can see them, the louder they speak to me. Sometimes I wonder why my characters look so sad in my drawings and so I’d make up an event in my character’s past to explain that sadness.

The showbiz method: Some people start a character using an actor as a base from which to build. I once based a character off the actor, Leo McKern. The danger of doing this is to build your character into someone else’s character. But it did make a good visual start and from there I changed him into something else.

What’s your preferred way of getting to know your characters? Can you think of other methods?
Posted by Lynda R Young as Elle Cardy at 8:28 AM